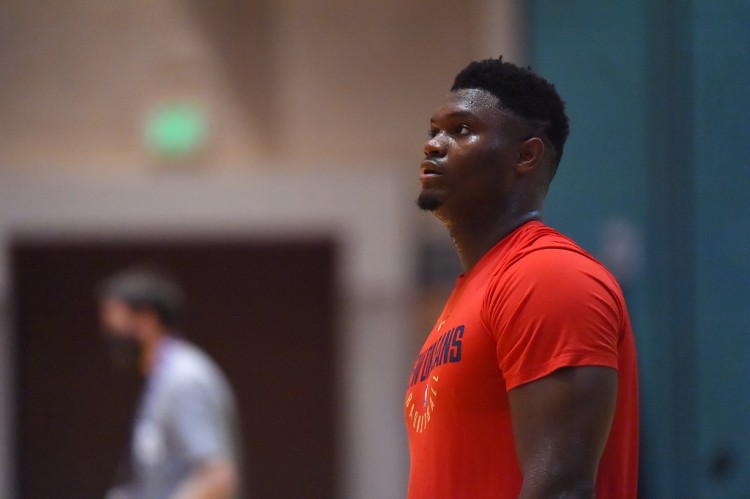 -58 is not good. The Pelicans were not good when Zion Williamson played. He was -12 even in his 24 point, 10/12 FG performance against Sacramento (which the Pelicans lost)

Considering that the dude visibly gained weight since being weighed at 285, he could legit lose 58 pounds and still be a beast. There's a good chance he's around 300-320 (15 lbs doesn't look like much with his height and frame), and -58 would put him 240-250. That's still enough to bully most people in the post, and imagine how explosive he'd be if he wasn't carrying an extra fifty pounds.

I think the Charles Barkley comparisons are a bit off in a lot of ways, but not in terms of their frame and propensity to gain weight. If Zion learns from history and the greats, he'll drop 30-50 pounds.....and then he'll drop 10 more the way guys like Kobe and Lebron and Tim Duncan did over the course of their careers (guys who were always fit to start with), because basketball is goddamn hard on your knees.

That dude didnt record a steal or block in the bubble. He had no hustle and seemed checked out

Whether Zion was checked out or not didn't matter. He looked exhausted whenever he got more than 20 mins. Pelicans would be running the floor and Zion would be walking back every time. He was also like a turnstile on defense when he did finally get back.

I think this his poor defense (and plus minus) was more about his conditioning and physical state.

He, like nearly all rookies, was never really known for his defense. The thing I found more surprising was how unexplosive he looked on the offensive end.

You should checkout his college stats, highlights or full games if you have time.

I watched a fair bit of him in college and he played solid defense. I just have very low expectations on the defensive end from a rookie in general in the NBA.

The offensive skill level is just so much higher.

After watching him at Duke, I thought he would make positional and mental errors on defense, but I also assumed he would make a handful of wow athletic defense plays a game. Its the lack if WOW athletic plays that i thought was odd.

And honestly he made some of those defensive plays in the brief minutes we saw him play before the NBA shut down. But in the bubble it just seemed like he was still unhealthy from his injury and/or he was super out of game shape. I have hopes that he can turn around and be dominant next season, but he's going to have to put in work this offseason.

Well yeah, offensively he is just a different breed. Closest comparison I thought was always Barkley, but now I'm thinking he has a little bit of Shaq in him too. The weird part is, he looked like a hardworker but he also following their footsteps of being out of shape. Hope he can bounce back from this horrible season. He has amazing two way potential.

What's his potential on D? Too small for 5 too slow for 4

Elite weakside defender. Dude is explosive but needs to work on his reads. He has good instincts and just needs more time in the scheme and on the floor. People forget that he also has a long wingspan which coupled with his athleticism certainly raises his ceiling as a defender.

Didn't think Zion could ever be a defensive liability, but here we are

Zion is just plainly not good on defense so far. I’m not even sure it’s an effort or conditioning thing; he just looks absolutely lost on that end of the floor.

But he is only like 12 years old, and obviously the athleticism is there, so we’ll see.

Its definitely effort and conditioning. Hard to be effective on offense and defense when your 6’6 300 pounds

Unless he had the ball he didn't try at all.

His wingspan is also pretty small

He’s often out of position on defense though. I’ve seen him with a deer in headlights look a lot this season. NBA players are just so much quicker than college players at every position and offensive schemes are more complex that Zion still seems a step behind.

This isn’t meant to be a huge criticism of him though. He’s had to battle injuries and inconsistent playing time, and still hasn’t had an opportunity for a comfortable transition to the NBA. I think he’ll get much better. LeBron was also heavily criticized for defense when he came into the league.

He was so enthusiastic going into New Orleans. What happened? Is their culture really that poor?

As a whole their team defense was some of the worst I've ever seen. Any pick/roll would get a team a good shot no matter who was on the court. That Jazz game should be shown of how to not play defense, it was either a lob, layup or open 3 for the last 5 minutes.

Well considering he had a sudden family emergency and had to leave the bubble, then when he comes back he looks dejected, I can assume whatever happened when he left wasn't good.

He was so enthusiastic going into New Orleans.

(Not going into the bubble). He was so enthusiastic after getting drafted but now it sort of seems like basketball is a chore to him.

I mean maybe. But he also seemed to have a lot of fun before the bubble. I'm sure he'll do better next year. If only because this sub is notoriously wrong about everything. 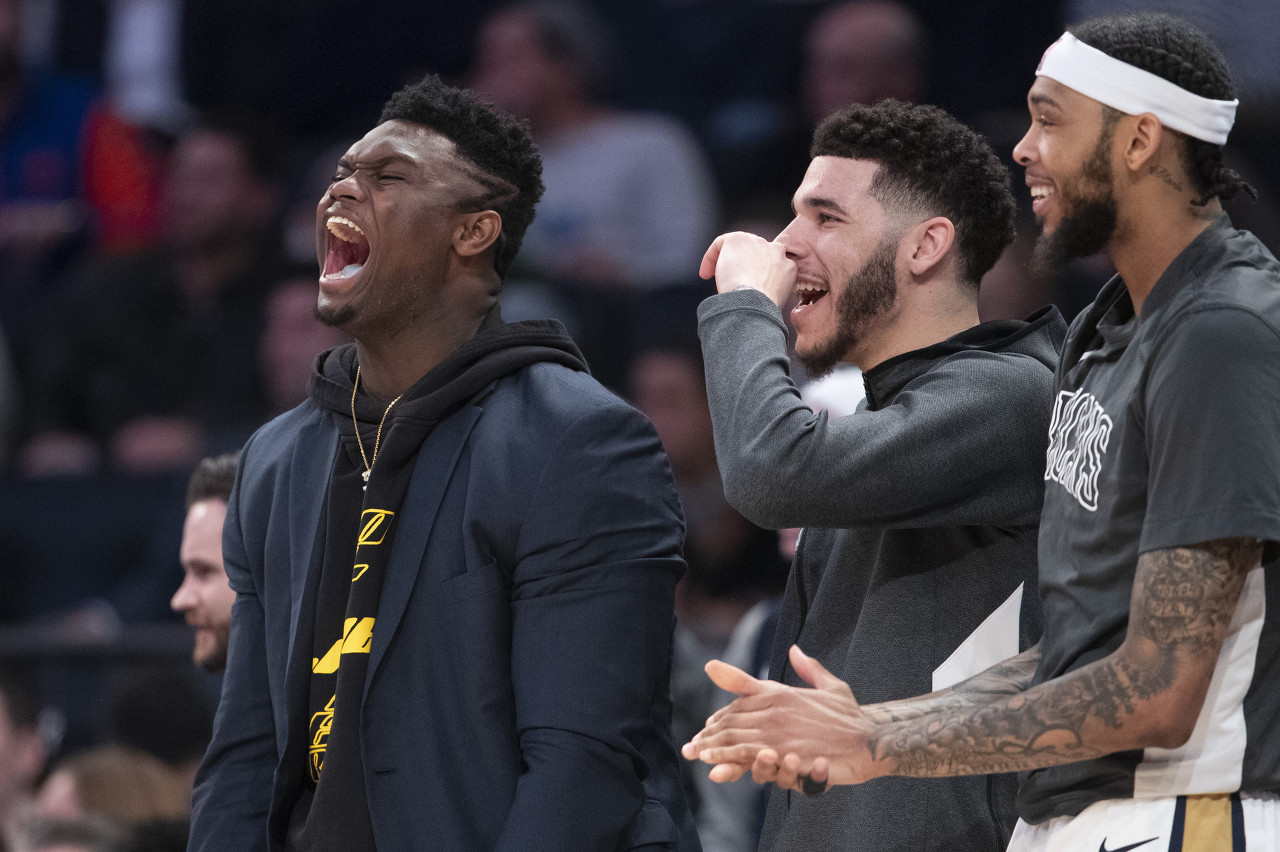 Their whole team was ass

Yeah, attributing it to the guy with the least mpg in the starting lineup is foolish.

Lonzo did not make my takes on him look good... After such a hopeful season too.

I keep highlighting all of his other skills. Hoping his shot will come around. But if he can never put pressure on defenses with any sort of jumper or finishing at the rim, half court defense against his teams are always going to be that 5-10% easier and itll eventually add up to too much

I mean its tough to take many long term opinions from the bubble games. Players were off for 4 months and some might react differently to that and have a bad 8 game stretch.

In everyones defense, Lonzo and Zion duo was looking good and promising prior to the bubble

I dont see how anyone can defend the condition that zion was in during the bubble. He even had access to train at the teams facilities when the rest of the league couldnt . He needed to lose weight coming from college, yet he has gotten even bigger in 1.5 years. Even if you take 5 months for the meniscus tear, that is still going backwards for a whole year

I don't think you can defend it 100% but it's still an awkward situation for him.... he misses the first 2 months or so of the season, plays in only 19 games, then gets shut down for 4 months due to covid...he's then is expected to be peak form? I think the expectations were a little wild

counter point: they did give him over $9.7M to meet those expectations.

Not peak form, but just not be a fat fucking 300 pounder. All he has to do is not eat like 7000 fucking calories a day.

He’s a professional athlete being paid millions of dollars.

All he needs to do is put the fork down.

Somehow Nikola Jokić made it work.

Dude doesn't have the maturity nor the DRIVE to be the best player he can be. Heck look at the other rooks, or other young players - did they get out of shape during the break? Let's see how he comes back from this short off-season. He's got 3 months to improve. If he comes into training camp out of shape like this, we can all lower our expectation for his 2nd season. And maybe beyond.

he was such a terror defensively at duke and barely even moved his feet at all this season. i think its clear he wasnt healthy

Or maybe college kids are just easier to defend for him.

Yeah, I don't think he's a bust by any stretch of the imagination, but like, he wouldn't be the first person to not do as well defensively as he did in college.

This guys honeymoon period went from 100 to zero in the span of a couple months. It seems we shit on young stars quicker and quicker these days.

Exactly. We basically crowned this kid as the greatest ever based on half a college basketball season.

This is what I’ve been saying. He’s not the star of the team yet. BI is

I mean, if your team loses games you’re almost certainly gonna have a bad plus minus

Why does everybody outside of the NO fanbase think that ? If anyone is the star, it is Jrue. 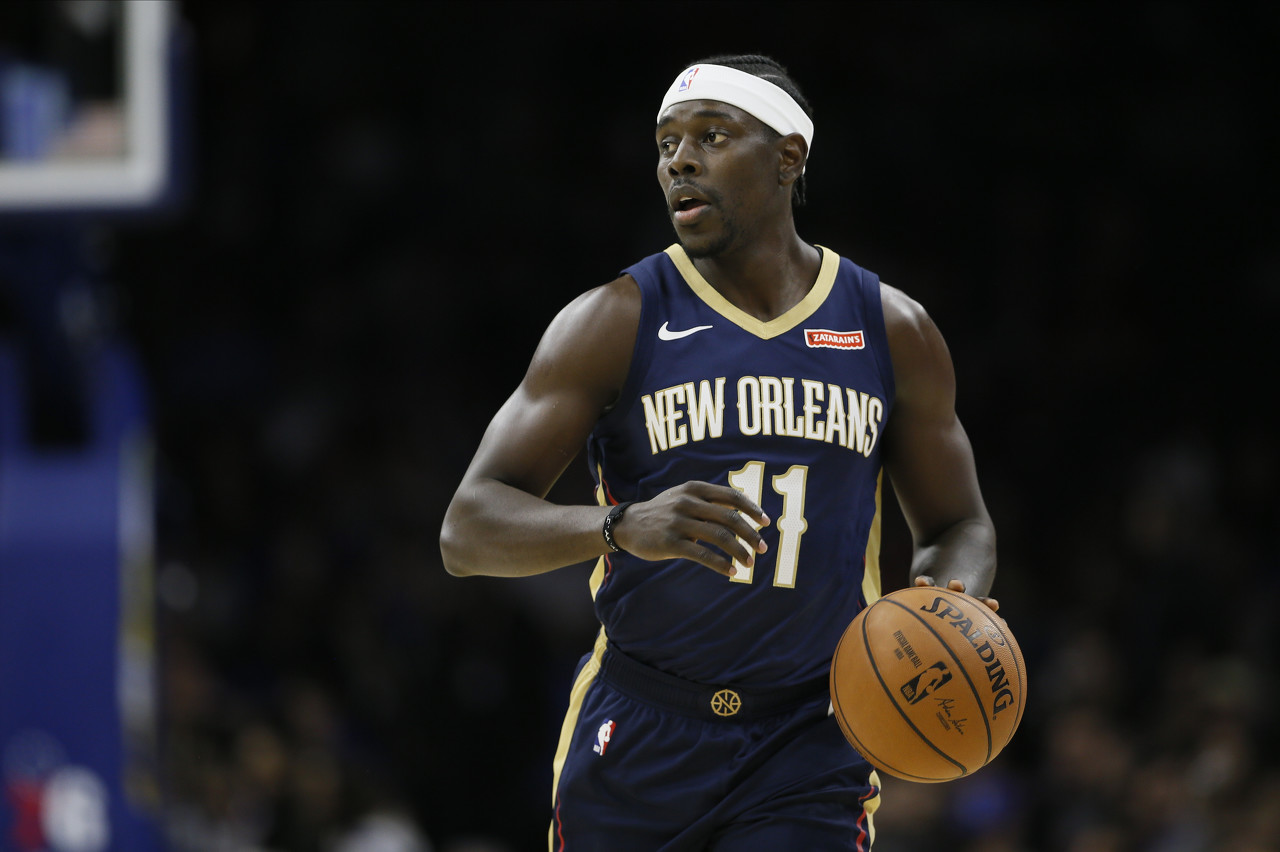 fr, people be sleeping on Jrue as always. he's one of the best 2-way guards in the league that would be a great fit into any team.

Wrong. Jrue is definitely the leader but not the star.

I don't know. He doesn't really want to be a star, but I'd say the NO fanbase does see him as the star of the team. I mean we could argue about the definition of star, but I feel like people don't appreciate the love Jrue gets from NO.

There will always be the loud people shouting for him to be traded, but that is always the case, regardless of the player.

I think it's the Demar/Lowry situation. Derozan was the "star" of our team for the longest time but Lowry was our best player. I consider Jrue the best player on that team over Ingram.

It’s unacceptable to have 4 months off to train and condition and show up to the bubble overweight. I blame Zion, but I blame Alvin Gentry even more. As the coach, your superstar rookies weight and conditioning is your responsibility.

The dudes who gave this post an award, do you guys really want to see a kid fail this badly? Jesus.